iOS 9.2 Jailbroken. What is that meaning? Wait guys, hence, you will find correct answer for all of yours questions about jailbreak iOS 9.2. After seeding a number of beta stages to registered developers in Apple Dev Center as you know that apple has released iOS 9.2 for all iOS devices on 8th of December in 2015 which including some changes and improvements. Since apple patched several vulnerabilities in iOS 9.1 using Pangu 9 jailbreak, apple consumers can’t jailbreak iOS 9.2 on their iPhones, iPads and iPod touches using pangu jailbreak. 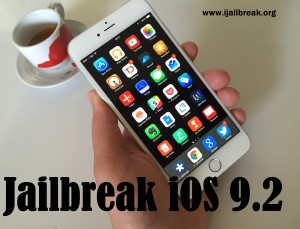 According to some reports, Pangu team was managed to liberate iOS 8.4.1, but apple was out the golden master of iOS 9 fixing some vulnerabilities used that process. Anyway, iOS 9 successfully jailbroken by Pangu, it is the final result. However, still pangu has been working for their next jailbreak solution for iOS 9.1 and iOS 9.2.

Who Will Ge The Winner Of The Game – Jailbreak iOS 9.2

Most of reporters have been releasing their fresh reports with lots of hops. So we think to see the next jailbreak solution so sooner than may have expected. iOS 9.2 is the latest firmware that is available for all iPhone, iPad and iPod touch. iOS 9.3 is also going to release in nearly future and first beta version is already released by apple. According to some sources, iOS 9.3 will be a big update that comes with new features, new Night Shift mode, Touch ID, passcode support for the notes app and more.

Actually, we have talked a lot about jailbreak iOS 9.2. There is currently no official jailbreak solution available for iOS 9.2 as well as iOS 9.2. Although, there are so many rumors have been updated day by day. In the nearly day, 3K Assistant, TaiG’s partner confirmed that TaiG has a possibility to release a tool to jailbreak iOS 9.2 and they are still working for it. Additionally, he said that they are planning to release it so soon. Meanwhile, the team of Zerodium was closed their one million bounty that officially confirming that they have given that prize to unknown jailbreak community for browser-based iOS 9.1/iOS 9.2 jailbreak.

It is very important to not go through the process of updating iOS 9.2 as well as iOS 9.1 until confirm the possibility of iOS 9.2 jailbreak. We always ready to update our article with correct current situation of jailbreak iOS 9.2, so stay with us.