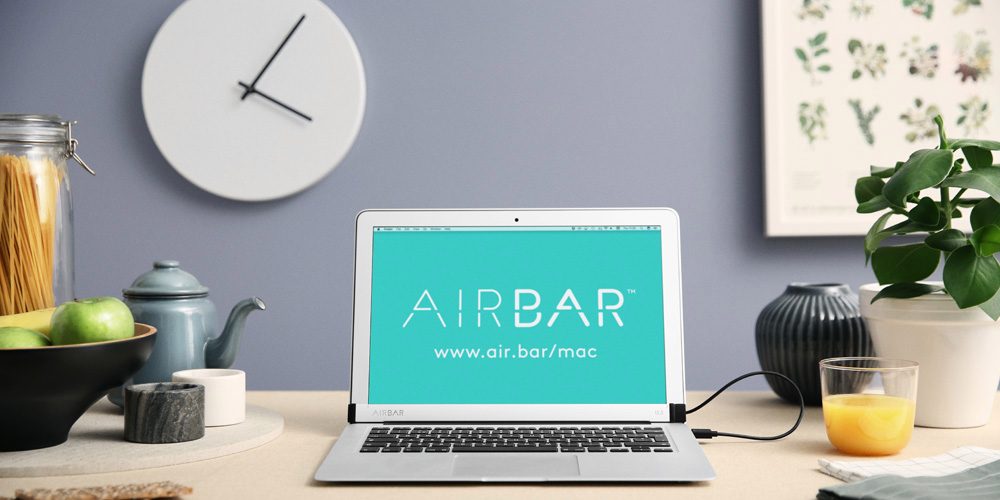 If you’ve ever wished your MacBook/Air/Pro had a touchscreen, you’ll soon be in luck – at least if you have the 13-inch MacBook Air. AirBar is a plug-and-play infrared device which allows you to use touch on your MacBook Air simply by magnetically attaching the device to the bottom bezel of your screen and plugging it into a USB port.

The AirBar sensor is a sleek bar that magnetically attaches to the bottom of a laptop display and plugs in via USB to instantly activate touch and gesture capabilities, with no software installation or additional configuration required. AirBar uses parent company Neonode’s patented zForce AIR™ technology to emit an invisible light field over a display that senses touch from fingers, gloves and even a paintbrush.

The company already has an AirBar for 15.6-inch Windows laptops ($69), and says that the MacBook Air model will go on sale in March.

AirBar for MacBook Air is available for pre-order at www.air.bar/mac, and will also be sold on Amazon.com. Neonode plans to extend AirBar compatibility to additional MacBook models and PC sizes within the first half of 2017.

You can see a video of the AirBar in action below. We’ll be reviewing it as soon as it’s available.