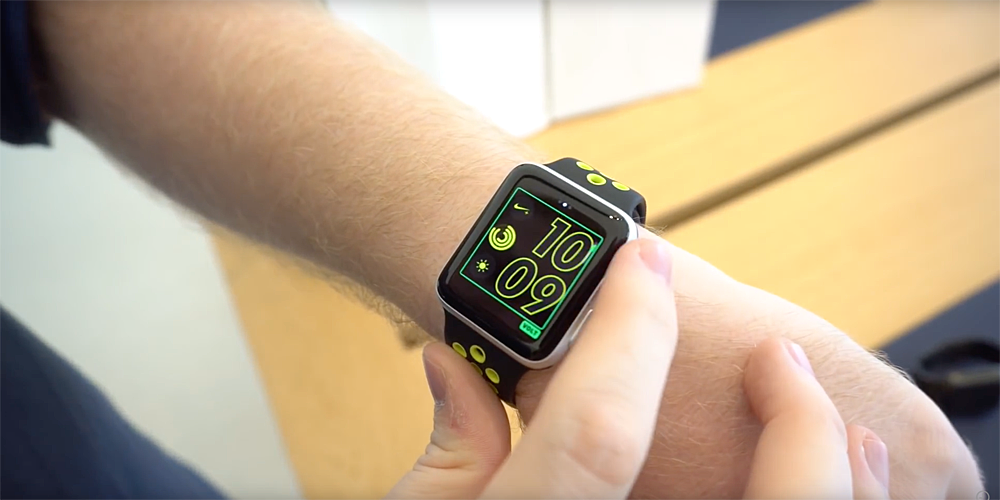 A quiet update to Apple’s website earlier revealed that the Apple Watch Nike+ edition would go on sale this Friday, October 28 – and Apple has now further confirmed the date with some additional details.

You’ll naturally be able to buy the special edition Watch at Apple Stores and ‘select’ Nike retail stores, but it will also be available at a number of specialty and department stores. Macy’s is no surprise as the Apple Watch has seen availability there already, but Apple says you’ll also be able to pick up the new Watch at DICK’S Sporting Goods stores …

The Watch will go on sale in 41 countries on Friday.

This will be followed by eight more countries over the weekend.

There’s bad news, though, for anyone hoping to pick up one of the striking new Nike+ bands for their existing Apple Watch: the company says that they will be available exclusively with the special edition Watch, and not sold separately.

Apple said the company has seen an ‘incredible’ response to the Nike+ announcement.

“Running is one of the world’s most popular activities for staying in shape and being healthy, and with Apple Watch Nike+, runners will be even more motivated to achieve their performance goals,” said Jeff Williams, Apple’s chief operating officer. “The response so far has been incredible and we’re thrilled to get Apple Watch Nike+ onto customers’ wrists starting Friday.”

If you’re not yet sure whether you want one, check out our hands-on video to see what it offers.

Are you planning to buy one? Take our poll, and share your reasons in the comments.