Yes, I know it’s tempting to test the waters and beat the competition to the punch, but what if things go bad? 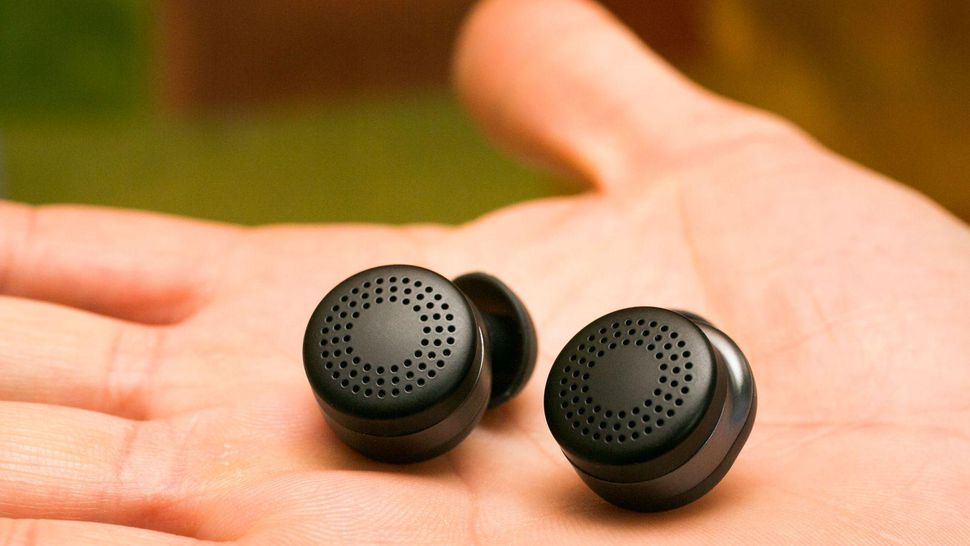 Wireless earbud manufacturers rushed out their products in 2017 without making them great. Their failure became free advertising for Apple’s AirPods.

These days, companies expect us to buy unfinished “beta” products and spend our time helping them work out the kinks. Usually, this pays off because we don’t notice minor flaws in the products, or aren’t bothered enough to get our money back. Many of us just lust after new gadgets, buy into the hype, throw so much money at the next big thing that companies promise even more products they can’t deliver. Not without taking a few shortcuts, anyhow.

But in 2017, a whole lot of rushed, unfinished products left early adopters and stalwart fans in the cold. It’s time to slow down, people.

At a discounted price of $500, with support for every US carrier, and after a barrage of continuous software updates, the Essential Phone might finally be a good deal. 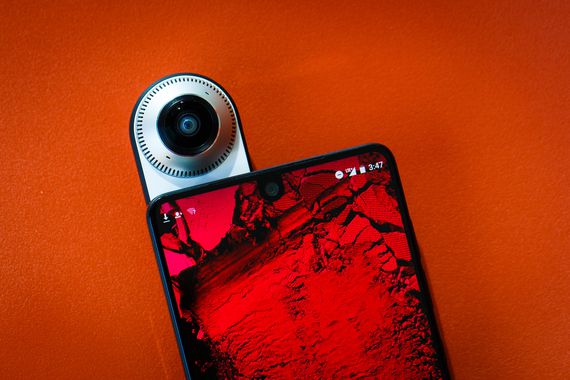 The Essential Phone beat the iPhone X to market with a nearly all-screen phone (complete with camera notch). But at what cost?

But the Essential Phone’s rushed launch was such a disaster it may be hard for the company to make a comeback. This is a phone that promised an excellent camera, groundbreaking modular accessories and a dent-proof, scratch-proof titanium frame, yet offered none of those things at launch. There are continuing anecdotes of slow download speeds on T-Mobile as well.

According to one estimate, Essential may have sold as few as 50,000 phones last year. (Samsung’s Galaxy S8 reportedly sold 5 million in its very first month, to give you a frame of reference.)

Essential was supposed to be Android co-founder Andy Rubin’s comeback as king of the mobile phone. Instead, it’s become the poster child for why you shouldn’t ship gadgets till they’re done.

The Pixel 2 may be the best cameraphone ever made — at least for still photos — and the Google Home Max is the best-sounding smart speaker we’ve tested. But those two products were the fortunate highlights in a pretty embarrassing year for Google-sponsored hardware.

Remember when the Google Home Mini could phone home all by itself, and the company had to disable an entire button to fix it?

Remember when Google unceremoniously killed off its Google Tango augmented reality phone initiative less than a year after the first phones launched, because it hadn’t yet figured out how to get developers on board? 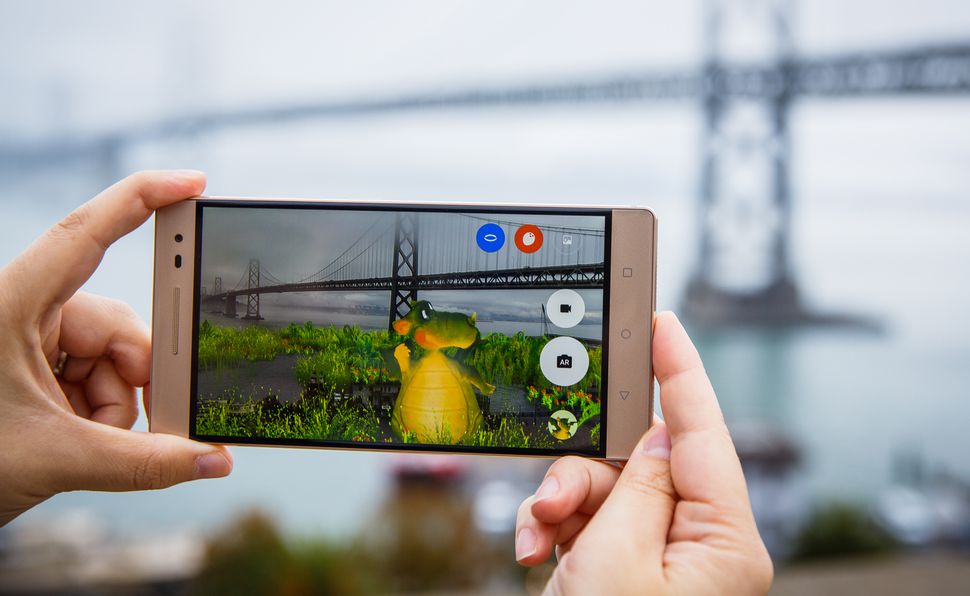 Remember when the mediocre LG Watch Sport and LG Watch Style all but sounded the death knell for Google’s smartwatch ambitions? (It was hard to take Android Wear 2.0 seriously after Google chose those products to represent the platform — even though Android Wear 2.0 got better watches later on.)

But Google’s biggest misstep last year may have been the larger Pixel 2 XL phone, whose owners may be a little anxious — after reports of a whole host of screen irregularities, high-pitched buzzing sounds, random reboots, fingerprint sensor issues and more.

Google is promising software updates for every Pixel problem, and some are already here — but if the company didn’t catch these issues before launch, what else might it have missed?

With a MacBook Pro that isn’t suitable for pros, an array of awkward (and sometimes poorly reviewed) USB-C and Lightning dongles, and the new iPhone X’s inescapable notch and ridiculously expensive and easy-to-break glass back, even devout Apple fans have begun to question some of the company’s recent design decisions.

But when it comes to trust in Apple’s brand, all of those things pale compared to the company’s unusually botched, rushed or ill-conceived software releases last year. 2017 was the year a hacker could log into your Mac without typing a password, the year you couldn’t type the letter “i” in iMessage, and the year your iPhone or iPad might have crashed one night in December if you had a certain type of app installed. And when Apple tried to fix the Mac password flaw, the company’s rushed patch ended up breaking file sharing as well.

More importantly, 2017 is the year we learned Apple has been secretly slowing down older iPhones with a software patch. The company argues that it helps protect your phone from the inherent limitations of lithium-ion batteries and that a $29 battery replacement can help — but the damage is done.

This wasn’t technically a case of Apple shipping something too early… but if Apple had figured out how to break the news to iPhone owners before shipping the patch, wouldn’t it have been far better for everyone?

When you’ve got a once-in-a-lifetime chance to bring a legendary brand into the modern era, you probably want to think it through, take your time and get it right.

Instead, Kodak shipped the Kodak Ektra, a cameraphone with a terrible camera. Even after a bunch of software updates and a price cut, it’s still a toilet-tier device. 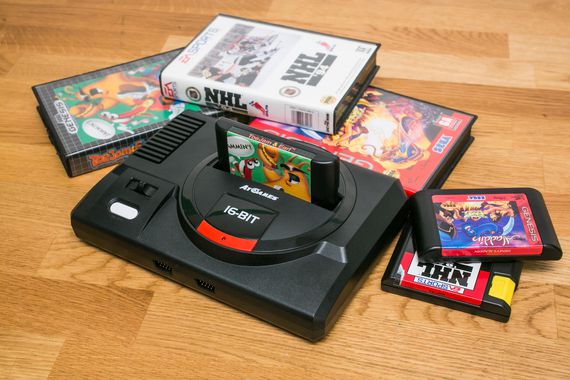 And though there was a lot to like about the BlackBerry KeyOne (made by China’s TCL), much of that was quickly overshadowed when it turned out the screen could pop right off if you drop or bend it. (TCL has reportedly fixed the issue under warranty, but again, the damage was done.)

Nokia could have been a contender last year, as it (or rather licensee HMD Global) launched its first Android phones without the old Microsoft ball and chain. Instead, it squandered that chance on the Nokia 8, which simply wasn’t competitive in any meaningful way.

And in the rush to cash in on a recent wave of retro gaming nostalgia (see: the NES Classic, “Stranger Things”) Sega screwed up twice over: first by pushing out terrible stuttery Android and iOS ports of its classic Sega Genesis games (some have since been improved), and again by greenlighting AtGames’ flimsy, laggy recreation of the Sega Genesis console itself.

Perhaps that’s why Atari delayed the Ataribox — so, unlike Sega, maybe it can do the job right the first time around? One can hope.

Make no mistake: hardware is hard. But if your startup company raises tens of millions of dollars, maybe make sure your gadget does what it’s supposed to do before you sell it to people? 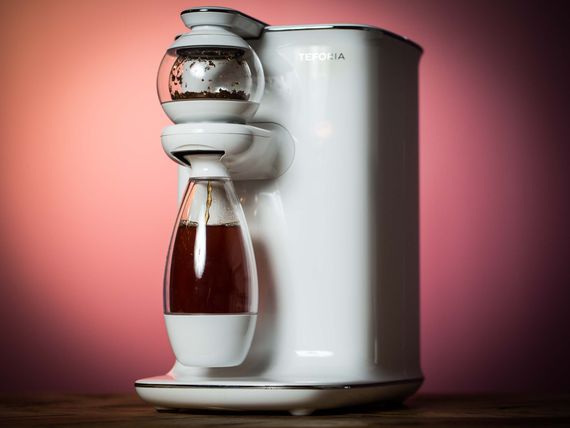 One of the biggest surprises about the $1,500 Teforia Infuser: it’s primarily made of plastic.

The investors and buyers of Juicero learned that lesson the hard way, when it turned out the $700 Wi-Fi connected juice machine was not only overpriced, but completely irrelevant: You could simply squeeze Juicero’s juice bags with your own two hands and get the same result. The company shut down in September, despite its $118 million in funding.

Speaking of failed kitchen gadgets, how about Teforia, the $1,000+ teamaker that couldn’t brew a better cup of tea than infusers one-tenth its price? The company, with its $17 million of funding, went under this October.

Then there’s Pearl, whose $500 solar-powered wireless backup camera for your car was beautifully made — but shipped without a simple, reliable way to automatically turn on when you put a car into reverse. (CNET editors tested it for months without luck.) It’s little wonder the company finally went bust in June.

But if you ask me, none of these gadgets were quite as infuriating as the Hello Sense, a $150 spherical sleep tracker (with pillowcase-mounted sensors), which felt like a sham. The Verge’s Vlad Savov and I both found that a restless night — where we woke up repeatedly and got out of bed — would show up as a good night’s sleep. (Hello announced it was shutting down in June.) To be fair, we’ve had issues with other sleep trackers too.

And let’s be clear: a product doesn’t have to be bad to be regrettably early.

Remember the Bixby button? You know, the practically useless button that shipped on every single Galaxy S8 phone? (The Bixby voice assistant wasn’t ready at launch, but Samsung doggedly fought users who wanted to map the button to anything else.) It didn’t stop the Galaxy S8 from being one of the best phones of the year, but it certainly seemed to quench excitement for Bixby itself. 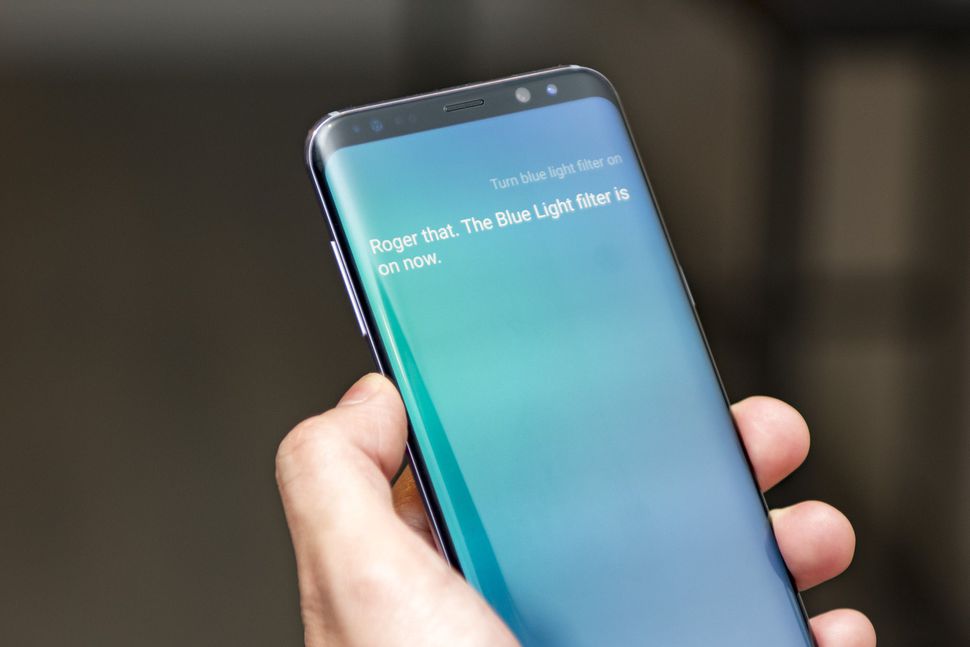 The Bixby Button is on the left edge of Samsung’s Galaxy S8 phones. In most countries, it was mostly useless for months after the phone’s launch.

Why oh why did Microsoft ship the Xbox One X — “the world’s most powerful console” — with only a bare, unconvincing handful of 4K games to prove its worth, instead of getting developers on board on day one? This one really mystifies me: it only took a few days for some key games to come online, but Microsoft’s choice made for a lot of rightly skeptical reviews.

And if you run a company that makes wireless earbuds, how much are you regretting shipping a pair that simply isn’t better than Apple’s AirPods? In review after review after review last year, the world heard the message loud and clear: Not Sony, not Samsung, not Bose, not Jaybird or Bragi or Doppler — all had issues with interference, lag, fit or audio quality in our reviews.

By rushing to meet the demand for truly wireless headphones instead of nailing the fundamentals first, these companies’ products just drew more attention to Apple, which totally dominates the wireless earbud landscape now. Heck, a couple of earbud startups, Doppler Labs and Kanoa, were forced to go out of business entirely.

It didn’t have to be this way. With a little more time in the oven and a little more thought in 2017, these brands might have saved their products and their reputations in the process.

Mind you, I’m not saying every product has to be fully tested before it gets released to the public. Some, like the machine learning software that powers Google’s Lens camera, genuinely need real people to use it for years before it can work well — and video games can often genuinely benefit from player feedback in an early beta release.

Heck, 2017 saw the release of PlayerUnknown’s Battlegrounds (or PUBG for short), a PC game that would seem to defy my entire argument. What started as a buggy, broken game in March — charging $30 a pop for the beta — became an unstoppable juggernaut by the end of the year that sold over 30 million copies and racked up some Game of the Year awards. 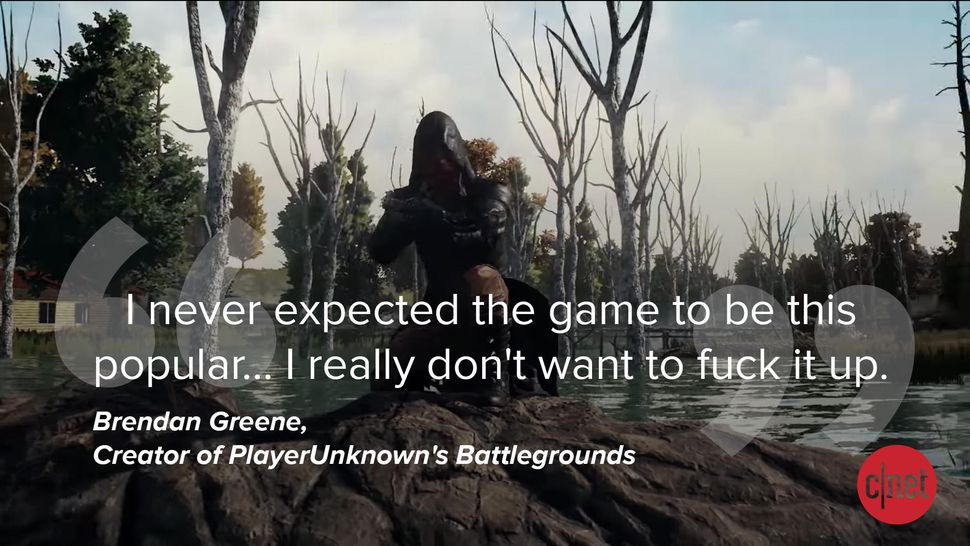 PlayerUnknown’s Battlegrounds was the breakout game of 2017. The multiplayer battle royale shooter has only recently been released on console, but PUBG has already broken records for the most concurrent players on Steam… ever.

But PUBG did everything right, and most games do it wrong. Too many games use their “betas” as just one more marketing vehicle to help sell people on a final product, instead of a starting point on which to meaningfully build. When companies prove they can correct their mistakes and make things right — like Nintendo did with the Switch Joy-Con issue — they’re exceptions to the rule.

Otherwise: These companies need to slow down and build better products, and we need to reward the ones that do. (I’m glad to see Apple is spending extra time to get the HomePod right instead of rushing to hit a holiday deadline, for example.)

We need to stop throwing our money at ideas, and only spend it on finished products with excellent reviews and solid customer support. We need to be willing to pay extra for a finished, quality product instead of jumping on an early bird deal.

And everyone — from tech enthusiasts to professional reviewers — need to stop reviewing products based on their potential instead of how they actually work in reality.

Maybe 2017 is the year we all learn the lesson. But probably not — because I cribbed this entire editorial from a piece I wrote last year. At least this time I didn’t have to write about gadgets that literally caught fire. 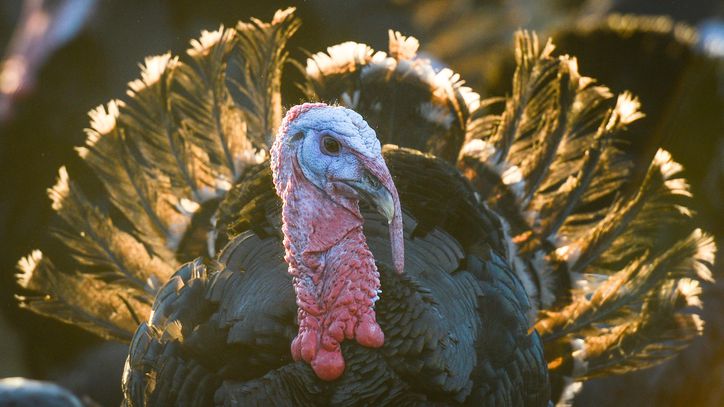 54
Tech Turkeys 2017: The lowest points in tech this year