How to Enable Automatic App Updates on iPhone and iPad 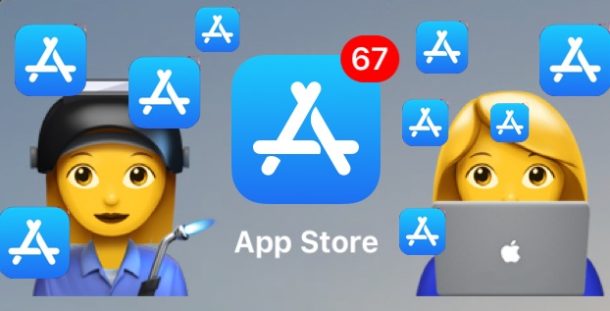 If you or someone you know frequently gets behind on installing app updates on an iPhone or iPad, you may appreciate a feature in iOS Settings that allows the App Store to automatically update apps on the device.

Just as it sounds, Automatic Updates for apps will periodically discover and find available updates for any installed iOS app on an iPhone or iPad, and then download and install those app updates automatically. This takes user involvement out of the updating process, as apps will just update themselves whenever updates become available. Automatic app updates in iOS is a great setting for people who want to maintain the latest versions of apps on their devices, but who routinely fall behind on manually launching the App Store to install updates directly themselves.

For automatic app updates to work in iOS, the iPhone or iPad must be on a newer version of iOS system software, and the device must have an active internet connection, as without internet access the updates won’t be checked or downloaded.

How to Enable Automatic App Updates in iOS

This setting to enable the automatic updating of iOS apps is the same on iPhone and iPad:

Now Automatic Updates for iOS apps has been enabled, and whenever updates are found in the App Store they will automatically install themselves onto the iPhone or iPad that has the setting enabled.

The process is all handled in the background and aside from seeing the update indicators on app icons themselves, it’s rather seamless and most users won’t even notice the updates are happening behind the scenes.

Once you have this feature enabled, you’ll pretty much never see the looming numerical red badge on the iOS App Store icon, which are used to indicate the amount of apps that are awaiting updates. Instead the updates just install themselves when possible, all automated and easy. 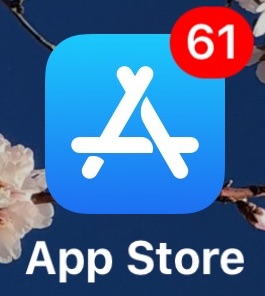 Of course you an also choose to disable the automatic app updates feature of iOS and then just manually update all iOS apps on the device, or even just update apps independently on an individual basis, how you handle iOS App Store updates is up to you and how you use the iPhone or iPad.

And of course while this applies to the iPhone and iPad, Mac users aren’t left in the dust. Mac users can enable automatic app updates as well as other automatic software updates, so if you find this feature useful on one Apple device you may well find it useful on your others as well.

Do you have any tips or tricks for automatically installing app updates in iOS? Do you have any particular thoughts or opinions on the feature? Share your experiences in the comments below!