The 5K iMac features a great display, but it comes with no built in input options for connecting external media sources like gaming consoles. Yet, there is a way to play gaming consoles like Nintendo Switch and PS4 on the iMac’s display. By wielding the Elgato Game Capture HD60 S external capture device, it’s easy to direct video output from you favorite gaming console to your iMac’s display.

Normally thought of for its capturing abilities, the HD60 S, is headlined by its superior low-latency properties. The low latency makes the HD60 S an ideal solution for displaying the Nintendo Switch in full screen at up to 1080p at 60 fps. It’s not perfect, and at over $150 it’s definitely not cheap, but it’s the best solution that I’ve found for using the iMac as an external display. Watch our hands-on video walkthrough for an explanation. 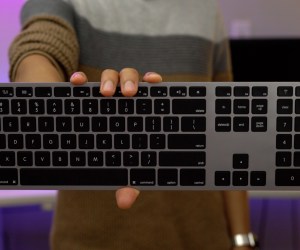 The basic setup involves the Elgato HD60 S, which connects to the iMac via USB 3.0 using the included USB-C to USB-A cable. The HDMI cable from the Nintendo Switch dock then connects to the HDMI input port on the HD60 S. It’s a typical setup used for streaming gameplay online, but instead of using it for streaming, we simply take advantage of the HD60 S’ low latency preview playback capability.

Elgato’s previous generation Game Capture device, the HD60, relied on a hardware encoder, and featured too much lag to make such a setup viable. The HD60 S, on the other hand, with its software-driven encoding, featured almost no noticeable lag in the Nintendo Switch games I was able to test. I tried out Super Mario Kart 8 Deluxe, and Puyo Puyo Tetris, and Splatoon 2, three games that definitely require low latency input, and was able to play each with almost no issues. Occasionally I did experience some discernible latency and screen tearing, but the majority of the experience was surprisingly good.

Granted, considering I only tried a few titles during my testing, your mileage may vary with such a setup. Elgato highly touts the device’s near realtime preview capabilities, but it isn’t necessarily pitching the HD60 S as a means of converting the iMac into an external display for gaming console.

Because this connection is fast enough to allow the connected computer to process the video, the HD60 S is able to offer what Elgato calls Instant Gameview — a virtually realtime preview, which in my experience with games like Super Mario Kart 8 Deluxe, featured no noticeable lag, and instant controller input. As such, Elgato recommends that the connected computer have a quad core processor in order to keep lag to a minimum.

Hands-on with the GameCapture HD60 S

One potential point of annoyance is the Game Capture HD software itself. The app is more than adequate for managing actual gameplay recording and editing, but tends to get in the way when it’s being used only for its ability to display output from an HDMI source like the Nintendo Switch. Thankfully, it is possible to put the Game Capture HD app into full screen mode, which will auto hides all of the app’s details and only display the output from the connected console. 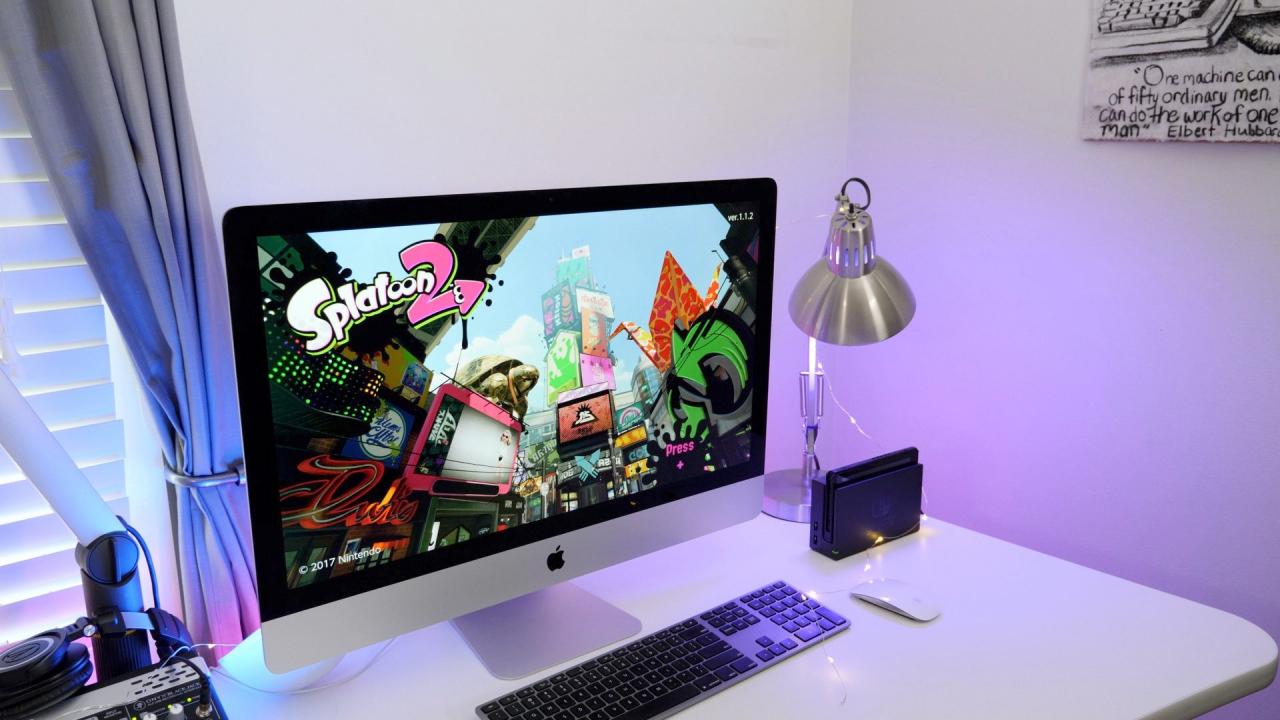 The HD60 S is quite pricey at nearly $180, so this obviously isn’t something I’m recommending all Mac-owning Switch gamers to run out and buy. Yet, if you’re dead set on playing console games on your iMac’s display, or if you were already considering getting into video game streaming, the HD60 S + Nintendo Switch + iMac makes for a pretty rad experience in my testing.