iPhone sales could dip by 16M units, thanks to battery snafu

No matter how you describe Apple’s deliberate battery slowdown — be it gaffe, snafu, royal screw-up  or just #batterygate — the company’s PR mess could cost it 16 million iPhone units in 2018, according to analysis from investment firm Barclays Capital. 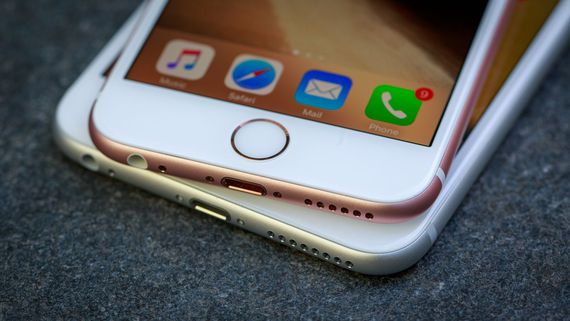 Depending on a number of factors, Apple’s iPhone 6S could have slowing performance.

That estimate assumes about 10 percent of people owning an iPhone 6, 6 Plus, 6S, 6S Plus, 7, 7 Plus, and SE will opt for a $29 battery replacement versus buying a new phone. That translates to about 16 million iPhones that won’t be sold this year, according to Barclays, or about $10.3 billion in lost revenue.

On Dec. 20, Apple admitted its iOS software slows down the performance of older iPhones. The company says iOS does this to counteract problems found in aging lithium-ion batteries. When a battery gets older, it doesn’t hold a charge as well and can unexpectedly shut down if it’s put under too much stress. Apple’s software prevents that from happening by slowing performance. The company originally offered to replace bad iPhone batteries for $79.

Last week, though, Apple apologized for the way it didn’t communicate what it had done and why, and slashed the battery replacement cost to $29. Apple also said it will issue an iOS software update “that give users more visibility into the health of their iPhone’s battery, so they can see for themselves if its condition is affecting performance.”

“We believe the $29 offer could be significant for several reasons: 1) This incident has caused significantly higher public awareness of Apple’s behavior, and thereby, the $29 offer. 2) $29 is affordable, and it will provide a significant boost in speed (from 600MHz to 1400MHz for an iPhone 6),” Barclays’ analyst wrote Wednesday.

Does the Mac still matter? Apple execs explain why the MacBook Pro was over four years in the making, and why we should care.

It’s Complicated: This is dating in the age of apps. Having fun yet?