Review: Fitbit Alta is a minimalist $130 alternative to the Apple Watch, with multi-day battery life 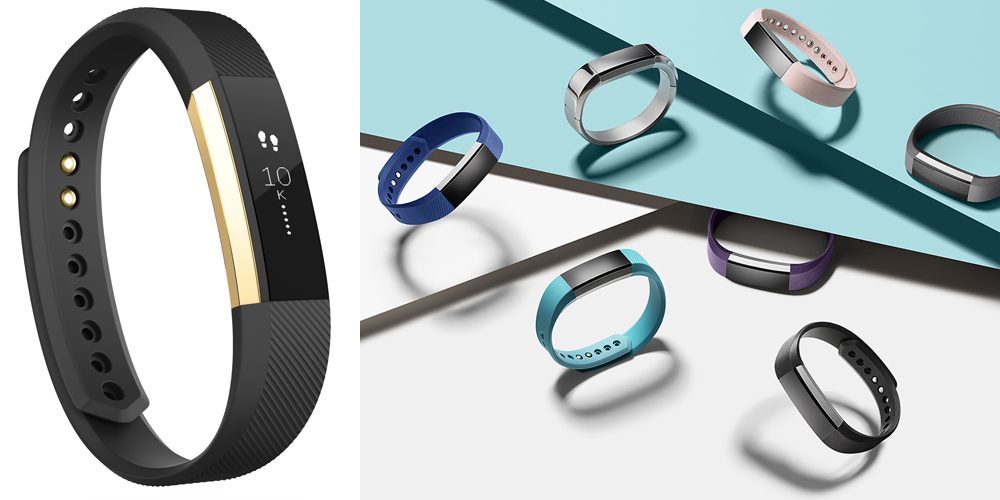 As regular readers will know, I’ve become a complete convert to the Apple Watch. But the Watch isn’t for everyone: it’s relatively expensive, fairly chunky and for most users has one-day battery-life.

I’ve been trying the Fitbit Alta for the past week, and while I’ll personally be sticking to my Apple Watch, I do think it could be a decent option for those with more limited needs and/or budgets …

Fitbit made its name with fairly simple fitness bands, which measured activity levels and then used those to do some sums to calculate things like calories burned, total exercise time and so on. The Alta, however, is effectively a cut-down smartwatch. You don’t get apps or Apple Pay, but it supplements the fitness stuff with notifications of calls, text messages and calendar appointments from your iPhone. Finally, multi-day battery-life means that you can also use it for sleep-tracking.

While the Alta is roughly the same thickness as an Apple Watch, it’s very much sleeker in appearance. The device itself measures a little under 4cm across by just over 1cm wide, and the narrow band is the same width. All-in-all, it has a very discreet appearance.

I would say it’s more female-oriented. When the display is off, the black model I tested looks something like a bangle, but it doesn’t actually look out-of-place on a male wrist.

With a keen fashion focus, there are almost as many band options as there are for the Apple Watch – except Fitbit gives you a huge choice of watch colors too. Again, like the Watch, bands are easily swappable if you want to change your look.

The display is a crisp, mono OLED one. The very narrow screen means there isn’t room to display much information at a time – of which more in a moment – but it’s easy to read and does the job. However, it doesn’t deliver Apple Watch-style at-a-glance summaries, so the app is a better place to go to review data.

The band is comfortable to wear, and the device is light – I quickly forgot I was wearing it.

The display is not touch-sensitive. Like the Apple Watch, it switches on when you turn your wrist toward you, and it is roughly as sensitive to this gesture as the Watch. You can also double-tap it to wake it: as I say, it doesn’t detect your touch, but instead uses an accelerometer to detect the taps. One small niggle is that these have to be pretty firm taps to be registered.

One UI drawback that is forced on the device by its very discreet form-factor is that the display is – with your wrist turned to face you – very thin and tall. Most information is sensibly displayed vertically, so that you can easily read it, but it does make for quite inefficient use of the screen space.

The initial display is the time. You can set it to display the time vertically or horizontally; I opted for vertically, where it displays the two-digit hour above the two-digit minutes (you can customize this with date, seconds and graphics). This is shown here in one of Fitbit’s … less subtle color combos.

Tap it firmly once to advance to the next screen. There are five screens, displaying in turn time of day, steps walked, distance walked, calories burned and minutes of exercise.

For longer messages – like calendar appointments and text messages – they display horizontally, using a ticker-tape format, scrolling past you. That’s obviously a lot less convenient than on an Apple Watch, where multiple lines of text can be displayed on one screen, but it’s the trade-off of the form-factor – and it does work better than I expected.

Just like the Apple Watch, you get taps on the wrist for alerts, and these feel very similar on both devices.

One thing the Apple Watch can do with third-party apps, but I’ve never used, is sleep-tracking. The main reason I’ve never done this is battery-life: the Watch can’t make it through a day, a night and a second day. The Fitbit Alta, however, can. Fitbit says the battery-life is up to five days. In my usage, it actually delivered the claimed maximum – though that may well be because when I got simultaneous alerts on both devices, I mostly checked my Watch rather than the Fitbit.

Sleep-tracking is interesting to see. It’s not super-accurate, in that it can’t reliably tell whether you are asleep or just resting in bed, but if you treat both ‘restless’ and ‘awake/restless’ as interchangeable, it does give a reasonable steer to your sleep quality.

Again, like the Watch, you can set a silent vibrating alarm to wake you without disturbing your partner. The one time I tested it, it did wake me, which surprised me as I normally set alarms to ‘wake the dead’ volumes to be sure they’ll do the trick.

Fitbit Alta starts at $129.95 for the standard color combinations. There are some more expensive special edition color combos at $149.95. If you want to get fancier, you can buy leather bands for $59.95 and metal ones for $129.95 – with some others even pricier – so it would be possible to spend more on an Alta than on an Apple Watch. But the $130 one does the job perfectly well.

I wasn’t actually intending to review the product – Fitbit sent me one so I could see whether I thought it was worth including in a holiday gift guide. But I was sufficiently impressed by what it did for the price that I felt it merited a review.

As I said at the outset, I won’t be swapping my Apple Watch for a Fitbit, but if you want to dip a toe into the smartwatch waters for an affordable price, or would gladly swap functionality for multi-day battery-life with sleep-tracking, the Alta is well worth a look.

The Fitbit Alta is available from Amazon, where you can also find third-party bands.