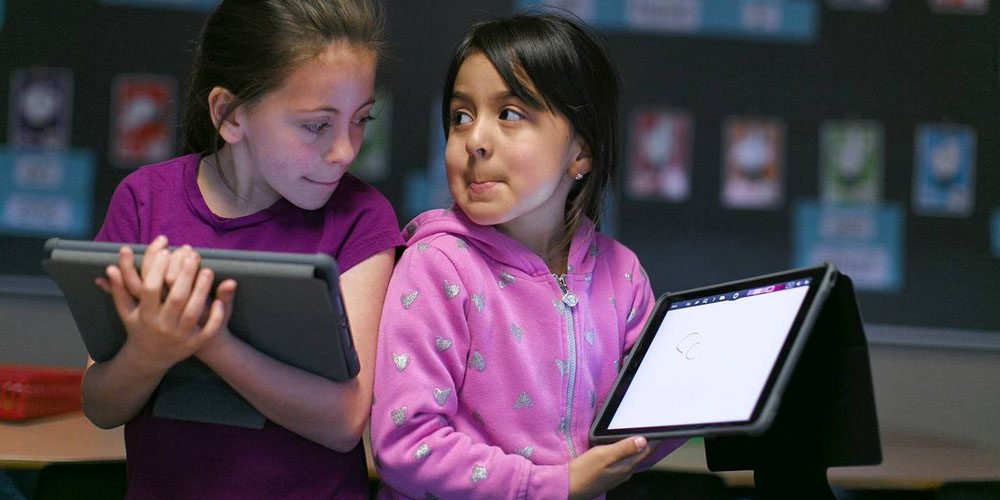 The best-known Unified School District program to provide an iPad to every student may have ended disastrously, but a similar program elsewhere appears to have been rather more successful.

In LA, Apple ended up repaying $4.2M to settle a claim by the LAUSD following a failed program that led to a federal review concluding it had been doomed from the start – and corruption investigations by both the FBI and SEC.

But a $42M program to supply iPads to all 20,000 students in Coachella Valley Unified School District has been declared a success …

The WSJ reports that voters approved a bond measure to fund the program, in a deprived district where almost every student qualifies for a free or reduced-price lunch, a key poverty indicator.

Superintendent Darryl Adams credits the iPads with helping to lift the district’s high-school graduation rate to 82% in 2015 from 65% in 2011.

At 114 schools nationwide, including eight in Yuma (Arizona), it is providing each student with an iPad, teachers with iPads and MacBook computers, and classrooms with Apple TVs. At some schools, Apple also helped build Wi-Fi networks.

On fourth-grade teacher in Yuma says that she started as a skeptic but is now a convert after seeing the impact on students and teachers alike.

“It really enhances their learning and it motivates them to learn,” said Blanca Rivera of the iPads […]

Apple’s liaison at Suverkrup helped allay her skepticism. After each session, she said, “I come back full of ideas and I can’t wait to try something new with the kids.”

That particular program does have one rather handy advantage.

An Apple executive sponsors each school, and helps clear roadblocks. In Yuma, that is Eddy Cue, Apple’s senior vice president of Internet software and services. Mr. Cue, the son of Cuban immigrants, said he felt a connection to students there because most are Hispanic and don’t speak English at home.